A Look at Shilajit: Science, Benefits, Risks, and More 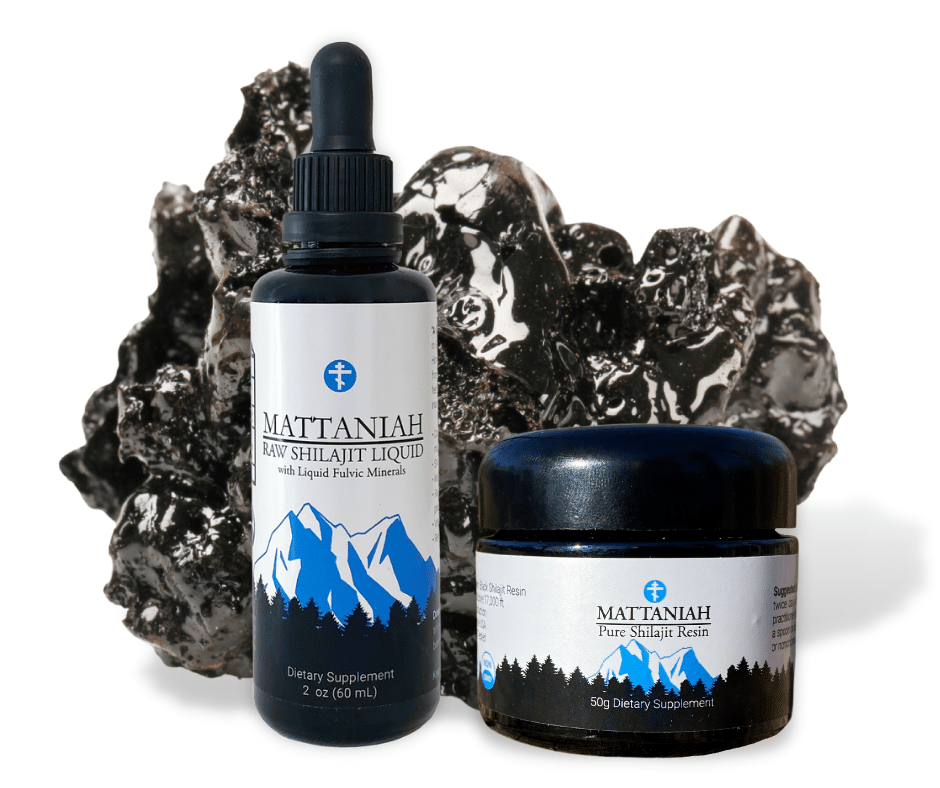 Note: The reader understands that in all the above and anywhere else on this website, none of the authors, admins, owners, publishers, or sellers are engaged in rendering medical advice or services.

A Look at Shilajit: Science, Benefits, Risks, and More

Shilajit, also known as mineral pitch, is produced by the breakdown of plant material and minerals over time. Originally found in high mountain ranges, it is a sticky, black substance with tar-like characteristics. It occurs primarily in the Himalayan region and has been formed over centuries from the gradual decomposition of particular plant matter through the action of microorganisms.

It is impossible to single out any specific molecule responsible for Shilajit’s effects. Instead, its action in the body is the result of all its constituents working together in unison. That said, at least some of the health-promoting properties of shilajit can be attributed to these compounds.

Among these compounds are:

Of these constituents, fulvic acid has been studied the most regarding its potential health benefits.

Shilajit is considered to be very safe and potent for most individuals. Shilajit restores the energetic balance and may prevent a number of diseases. Ayurveda, an Indian traditional medicine, uses shilajit as a food supplement with multiple medicinal properties. It has been found to be beneficial against diseases, improve overall health, and function positively in the body. However, you should not take Shilajit or any other herbal supplement without consulting your physician.

What is the difference between Shilajit and Fulvic Acid?

In searching for Fulvic acid, the term “Shilajit” frequently appears. Supplements containing fulvic acid are manufactured from humic clay mineral products, which are the byproducts of the natural decomposition of nutrient-rich prehistoric plants.

There are many minerals in Shilajit and humic acids (including around 15 to 20% fulvic acid). Minerals and metabolites derived from fungi are also contained in small amounts. (3, 4) As Shilajit is only available in the Himalayan mountains, all Shilajit comes from abroad.

Many of shilajit’s medicinal properties can be attributed to its fulvic acid content.

In addition to Shilajit, fulvic acid is also available as a supplement. Fulvic acid typically comes as a liquid or capsule with other minerals like magnesium and amino acids; shilajit can come as a tablet, resin, liquid, or fine powder.

Shilajit is rich in antioxidants and essential metals that prevent diseases and improve the body’s overall health. However, most Ayurvedic health benefits lack enough scientific evidence to support their efficacy and safety. Therefore, before consuming Shilajit for therapeutic purposes, consult with your physician.

Below are a few of Shilajit’s health benefits:

There are high levels of fulvic and humic acids in Shilajit. According to one study, fulvic acid, one of the significant compounds of shilajit, is an antioxidant and anti-inflammatory agent. Consequently, it may improve the body’s health and function, slow down aging, and increase longevity by reducing free radicals and cellular damage.

Shilajit consumed daily may promote overall vitality and slow the aging process in some individuals.

Alzheimer’s disease is a progressive brain disorder that results in cognitive, behavioral, and emotional changes during the course of the disease. As a result of the antioxidant activity of fulvic acid, shilajit prevents or reduces the build-up of tau proteins damaging the nerve cells. It also reduces the aging of the brain cells, which leads to better cognitive functioning and thus prevention or improvement of Alzheimer’s disease symptoms.

Shilajit has been traditionally used for longevity and slow aging, according to a study published in the International Journal of Alzheimer’s Disease. Several of the compounds in shilajit may help treat cognitive disorders, such as Alzheimer’s disease.

In theory, shilajit may prevent cognitive disorders, but more research is required to explore its potential.

The high amount of humic acid and iron present in Shilajit may benefit individuals suffering from anemia due to iron deficiency. However, before taking supplements, it is advisable to consult a physician.

Several minerals and compounds in Shilajit are believed to help fight off viruses and boost the immune system. A study reported that shilajit could fight off and kill a wide range of viruses, including some herpes viruses, in isolated environments. According to researchers, although shilajit appears effective, more studies involving live subjects are necessary to support these claims.

As a result of Shilajit, the bones may become stronger and denser, and the risk of osteoporosis may decrease. The bone density of postmenopausal women is reduced due to estrogen deficiency. Shilajit helps relieve symptoms of menopause since it can increase estrogen levels.

Shilajit is primarily considered beneficial from an Ayurvedic perspective. Further research is required to confirm all potential health benefits associated with the Ayurvedic philosophy.

Shilajit is rich in the powerful antioxidant fulvic acid, which reduces inflammation, reduces the rate of aging, and prevents or slows down the progression of neurodegeneration in the brain.

Shilajit was reported to reduce the symptoms of chronic fatigue syndrome in a study published in the Journal of Ethnopharmacology in 2012. According to this study, Shilajit increases energy and improves cellular function.

Among its many properties, Shilajit has hypoglycemic (glucose-lowering) qualities. It is believed that Shilajit’s compounds influence an increase in insulin production by the pancreas and reduce the breakdown of starch into glucose.

This study showed a positive effect on blood glucose and lipid profile in diabetic rats when given shilajit. The researchers concluded, “Since it can produce a better glycemic control along with improvement in the lipid profile in animals, it is worthwhile to try shilajit either as monotherapy or in combination with other antidiabetic agents clinically. ” (Source)

Shilajit is a fertility agent that balances the female hormones estrogen and progesterone, helping to regulate the period cycle and reduce cramping and pain associated with menstruation by relaxing the muscles.

An irregular menstrual cycle increases the risk of infertility for women. In South Asia, women often mention shilajit to improve reproductive health. Shilajit also provides oxygen-rich blood and essential antioxidants that help to cleanse and detoxify the organs. This is beneficial for combating free radicals in the body that may contribute to infertility in women.

One study demonstrated that Shilajit administration caused ovulation induction in seven out of nine rats over a 5-day period and three out of nine rats in the control group. Shilajit may have both spermiogenic and ovogenic effects on mature rats.

Traditional medicine uses Shilajit as an aphrodisiac and geriatric tonic.

As a cardioprotective substance, Shilajit reduces symptoms associated with palpitations and arrhythmias (abnormal heart rhythms). Because of its antioxidant properties, Shilajit reduces the risk of heart diseases. The antioxidants in shilajit improve the health of cells, slow the aging process, and decrease cholesterol.

According to a recent study involving rats, shilajit has heart-protective properties. Animals that consumed shilajit before suffering a cardiac injury suffered less damage to their hearts than the rats not given shilajit.

Please be aware that shilajit may lower blood pressure in some cases and should not be consumed by persons suffering from a heart condition.

A study conducted on a group of people who suffered from high cholesterol reported that Shilajit significantly reduced their cholesterol and triglycerides compared to another group given a placebo.

The anti-inflammatory and purifying properties of Shilajit prevent the growth of harmful bacteria such as Helicobacter pylori in the intestines, prevent constipation, maintain healthy bowel movements, promote a healthy colon, and prevent stomach pain, discomfort, and flatulence.

According to one study, Shilajit has the ability to reduce the force of destruction of cancerous liver cells by preventing these cells from multiplying. According to the researchers, their findings suggest that shilajit has anti-cancer properties, but further studies are required.

Studies have indicated that Shilajit intake results in an increase in sperm count and improve the production of male sex hormones. Shilajit consumption has also shown an improvement in the health and motility of sperm and stamina in men.

In one study, shilajit was given to 60 infertile men twice daily for 90 days. In almost half of the men who completed the treatment, sperm count and sperm motility, or the number and quality of sperm moving towards the egg, both of which affect male fertility, increased after the study period.

Extra weight places extra strain on muscles and bones. The Journal of Medicinal Food reported that obese people who took a purified shilajit supplement responded better to exercise than those not given shilajit. Scientists observed that the shilajit seemed to activate specific genes in the body that aid skeletal muscles in adapting quickly to new workouts. This gene activation might translate into less fatigue and greater strength over time.

As Shilajit contains a lot of anti-inflammatory and anti-arthritic properties, it helps reduce inflammation and reduce pain. It may be effective against rheumatoid arthritis and osteoarthritis.

Shilajit has anti-depressant properties that relieve stress and anxiety. It helps relax the mind and reduce anxiety symptoms, physical and mental stress, and irritability.

As a result of Shilajit’s anti-inflammatory and anti-ulcer properties, it can be used to treat ulcers such as ulcerative colitis, peptic ulcers, canker sores, and mouth ulcers. Shilajit stimulates the growth of new cells, assisting in wound healing.

What are the side effects of Shilajit?

As a dietary supplement, shilajit appears to be safe for long-term use. There are, however, some possible side effects of using Shilajit. Those on blood pressure medications should be cautious when taking Shilajit as it may lower blood pressure. Individuals should not take Shilajit with active heart disease or a history of hypotension.

It is possible that Shilajit, as a natural product from the earth, may contain traces of dirt or heavy metals. Therefore, it should be thoroughly processed to remove all contaminants before consumption since they may be harmful.

Since the U. S. Food and Drug Administration does not regulate supplements in the same way that it regulates drugs, it is best to obtain Shilajit from a reliable source that sells supplements of good quality and free from contaminants.

Thanks for subscribing!
← Prev: EMF Dangers and How to Mitigate Their Effects Next: Why We Choose Raw Milk → 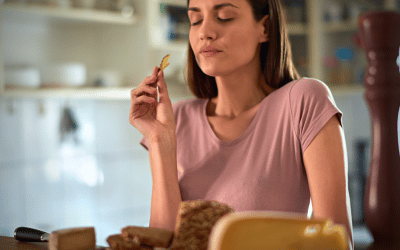 The Detoxification Support of Raw Cheese

Disclaimer: Raw milk and its products are not approved by the Food and Drug Administration, or FDA, due to the risk of...

END_OF_DOCUMENT_TOKEN_TO_BE_REPLACED 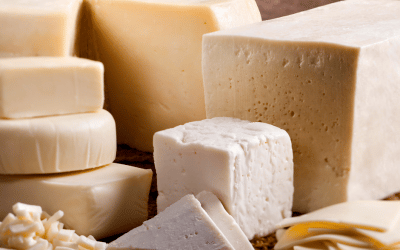 Disclaimer: Raw milk and its products are not approved by the Food and Drug Administration, or FDA, due to the risk of...

END_OF_DOCUMENT_TOKEN_TO_BE_REPLACED 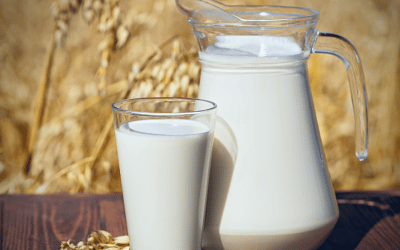 Why We Choose Raw Milk

Out of all the health foods we have tried, dairy, especially cheese, has been the most controversial yet healing food...